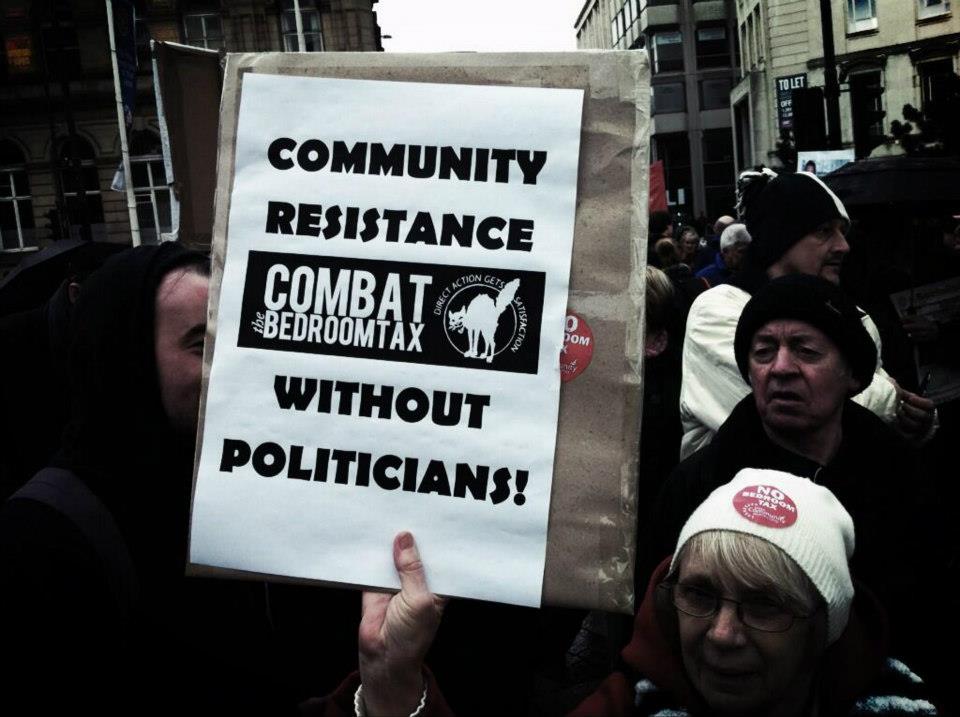 Absolutely no mention was made of the hard work that continues to be done by tenants in communities, such as Dingle, Grandby, Toxteth, Garston, Kirkby, Bootle, Norris Green, Croxteth, Wallasey, Birkenhead, Vauxhall, Leasowe.

Instead the organisers, who have continually tried to hide their Labour credentials, gave the platform over to  Labour councillors and Labour MPs, who used every trick in the book to distance themselves from the bedroom tax and turn the crowds anger into party publicity. One of the organisers constantly reassured everyone that this was a 'non-political' rally, whilst standing next to a cabal of Labour politicians.

Lets not forget: LABOUR WERE THE FUCKERS THAT BROUGHT IN THE BEDROOM TAX TO THE PRIVATE RENTED SECTOR IN 2008!

They also planned to bring it to social housing in 2010, but the tories pulled a fast one with the Libdems at the election

They even announced last week that they'd keep the bedroom tax!

One Labour councillor even had the cheek to say that Combat the Bedroom Tax should "start working in communities" such as "Norris Green". We have! And Tenants are! What a vile bastard, who clearly has no comprehension of what has been going on in Liverpool communities resisting the bedroom tax.

Instead, the organisers allowed the councillors to reel off stories of tenants affected by the bedroom tax, quashing any challenges that were being made by tenant campaigners in the crowd.

2 of the Labour councillors are longstanding board members of housing associations in Liverpool, Paul Brant & Louise Baldock. They've known about the bedroom tax for years, and with less than 2 weeks to go before it's implementation suddenly turn up at a demo!? The organisers actually THANKED them. These are board members who will oversee the administration of the bedroom tax and the evictions & arrears to follow! Not to mention the multi-million pound cuts they have passed!

Instead, the organisers allowed fascists to go unchallenged in the crowd, and stewards even protected them at one point.

Instead, the organisers actually tried to turn the crowd against grassroots campaigners, many of whom are tenants going to be hit by the bedroom tax.

Combat the Bedroom Tax worked hard throughout the demo to let people know about the grassroots community campaign against the bedroom tax and the myriad of meetings (see below) that people can attend. 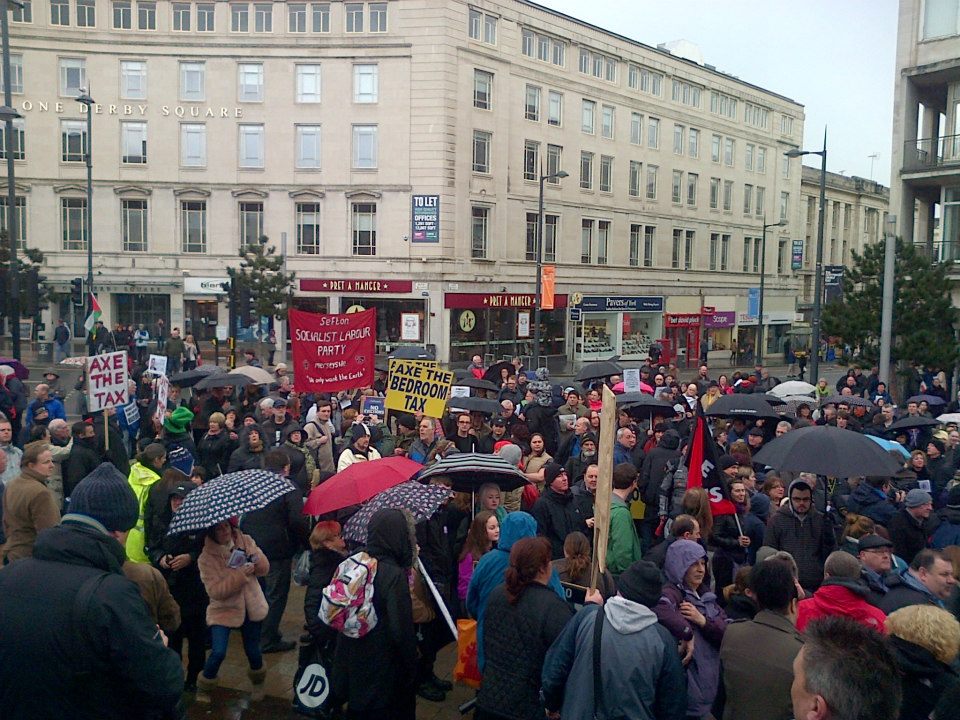 Today was overwhelmingly a talking shop for Labour and their acolytes, apart from one moving account of a Liverpool family who will be hit by the bedroom tax. It showed the depths that they'll go to capture votes in the run-up to the 2015 election. Riding off the back of public outrage is what politicians, local or national, do best and it is clear that they've identified the bedroom tax as a potential winner for their treacherous aims. We just have to show them that it's community resistance, without politicians, that will combat the bedroom tax.

Solidarity to all those who shot Labour down —exposing them for the working class traitors they are— and to everyone involved in Combat the Bedroom Tax!

There are also several other groups in Merseyside, including 2 in the Wirral and the large Stand Up in Bootle campaign.

A Public Assembly will be held on April 6th to bring all the various bedroom tax community groups together. Details to follow.