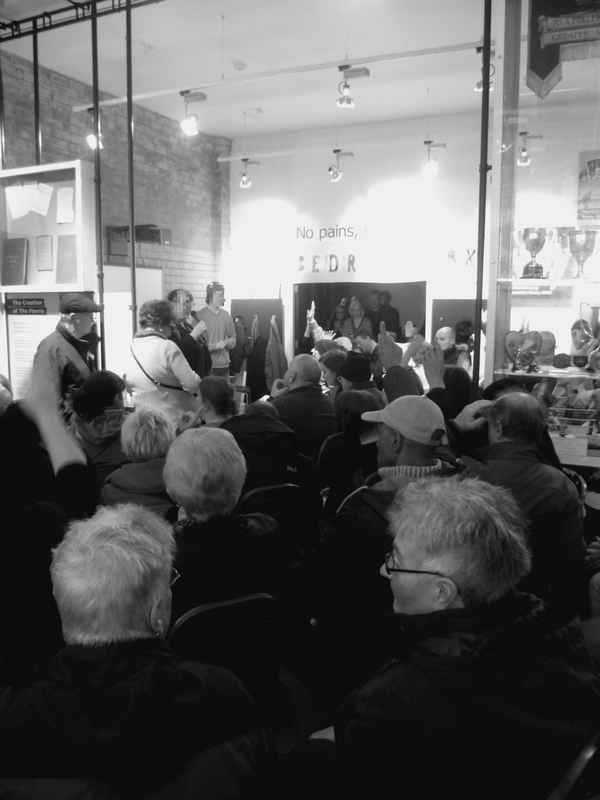 In a packed out meeting at the Florence Institute in Dingle, Liverpool, tenants came together once again last night to send a resounding message of resistance to the bedroom tax: we can’t pay and we won’t pay!

After an introduction on the bedroom tax the floor was opened to furious tenants who collectively agreed that when housing associations come knocking for this grubby government tax: friends, neighbours, family and community will be ready to see off any attempts to pilfer the working class on their doorseteps.

Contempt for local councillors and MPs was clear: what have they done to stop this? The absence of our political ‘dignitaries’ was all the answer we needed: they’ve done nothing.

Private tenants unaffected by the bedroom tax attended the meeting to show solidarity with tenants affected by this vicious attack on working class people.

Tenants travelled from other boroughs to connect with the fight.

There is a groundswell of anger and passion building in Liverpool, as it is across the UK in cities such as Edinburgh, Glasgow, Leeds, York, Birmingham, Bristol and London.

We are not alone in this fight. Working together, we can combat the bedroom tax!

Next meetings in Liverpool are: